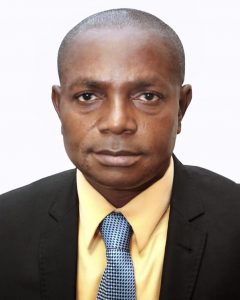 Ibrahim Adebayo Bishi had his primary education at Lagos City Council Primary School, Okesuna, Lagos and his secondary and advanced levels at the Nigeria Premier College, Yaba and Igbobi College, Yaba respectively. Mr. Bishi went on to Ahmadu Bello University, Zaria where he earned a Bachelor of Science degree (B.Sc) in Political Science. He also went further to earn himself a Master of Science degree in Political Science (M.Sc) this time from the University of Lagos. He is a member of the Nigeria Institute of Management (NIM) and a member of the Chartered Institute of Personnel Management (CIPM).

Mr. I.A. Bishi began his Public Service Career in 1995 at the Lagos State Agricultural Development Authority (LSADA) as a Personnel Officer I. until 1999 before he was posted to the Ministry of Agriculture & Cooperatives. Mr. Bishi has served at several Ministries, Departments and Agencies namely, the Judicial Service Commission, Ministry of Establishments and Training, Office of Infrastructure, Ministry of Education until he was deployed, for his first stint, to the Motor Vehicle Administration Agency as the Director of the Dealers Department. He was later deployed to the Ministry of the Environment before being deployed back to the Motor Vehicle Administration Agency where he currently serves as Director, Control and Regulation of Licenses. He is a member of the Nigeria Institute of Management (NIM) and a member of the Chartered Institute of Personnel Management (CIPM).