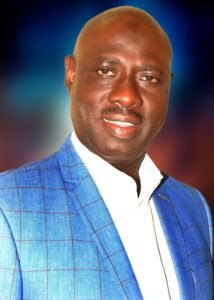 He started his Public Service Career at  in 1992 at Ikeja Local Government Council as Supervisor- Tenement Rates collection under a Consultancy firm (R.O.Ojikutu & Co;) before joining the Lagos State Waste Management Authority (LAWMA) in 1995 as Personnel Officer II G.L 08 where he rose to the post of Principal Administrative Officer PAO G.L 12 before his deployment to the mainstream  Civil Service in 2005. He has served at several Ministries and Agencies namely Public Service Office, Office of Works, Ministry of Works and Infrastructure, Lagos State Emergency Management Authority (LASEMA) where he served as Head of Administration;  Ministry of Special Duties, Office of Drainage Services and Ministry of Environment. He was deployed back to LAWMA in 2015 and served as Director (A&HR) from where he went to Ministry of Justice and later deployed to Deputy Governor’s Office as Head of Protocol in March, 2018. He also served briefly at Audit Service Commission before his present deployment to Motor Vehicle Administration Agency (MVAA) as Director, A&HR. He is happily married with children.